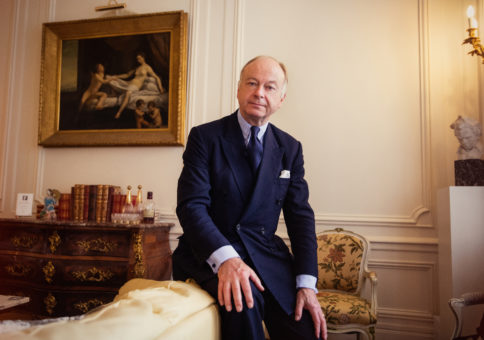 Scion of merchant and industrial families of Northern Europe (wool, cotton, tobacco and oil), Edward oversees the wider family interests as his father did before him, in addition to his activities of independent corporate finance adviser and partner in La Fontaine Family Office. He is also a director of privately-owned companies and co-founded the Fine Art Group.

Initiated his career as financial analyst and portfolio manager in Germany, Belgium and the U.S., then joined Polysar a Canadian multinational that was at the time the second largest synthetic rubber producer in the world at their European quarters in Brussels. Since then, over 30 years in international corporate finance, including management of investments  for Groupe Frere in Belgium, then with investment banks in London such as HSBC Investment Bank and for the last 20 years as partner in corporate finance boutiques. Adviser to large quoted groups (Accor, Celesio, Koppers…) or private companies (CWT, Elior…) as well as entrepreneur owned private companies. Co-founder and non-executive director of the Fine Art Group and non-executive director of other private companies.